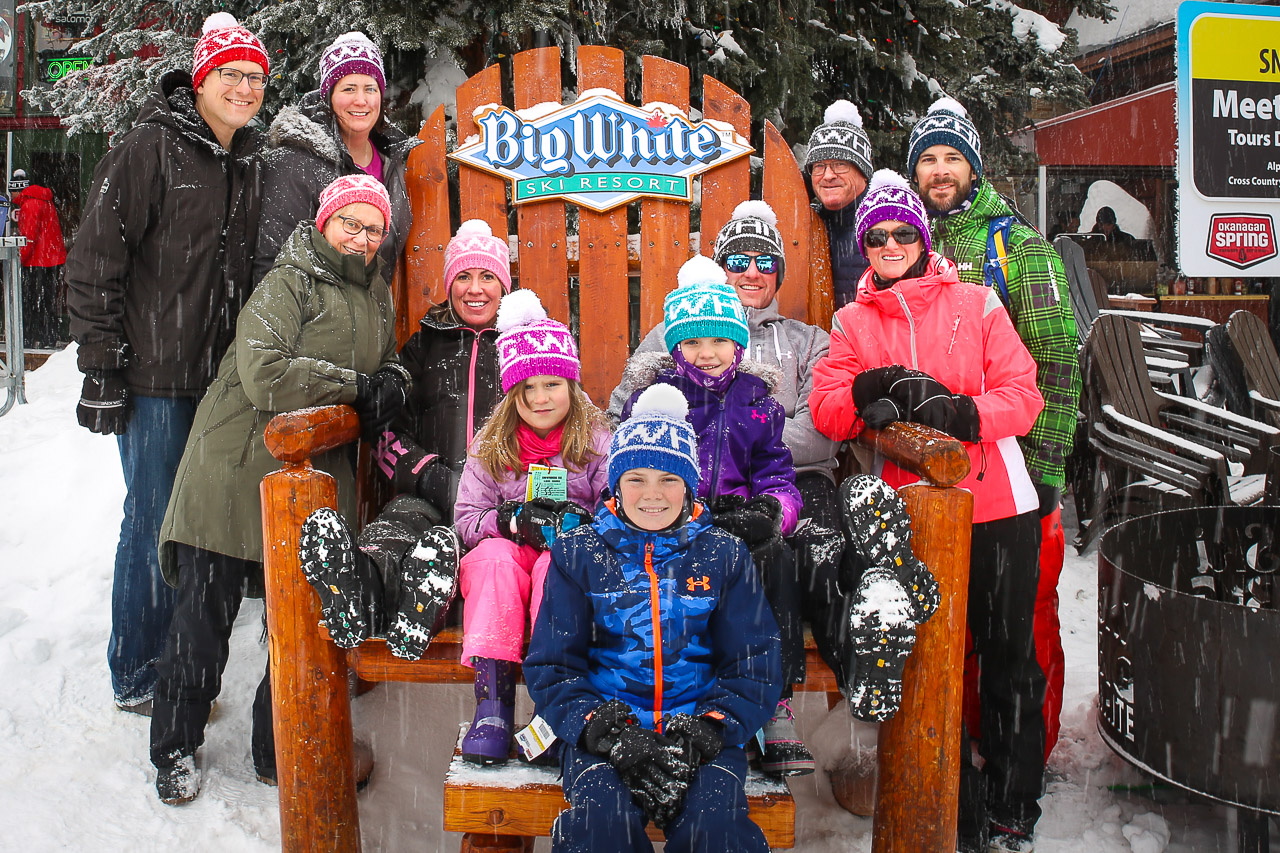 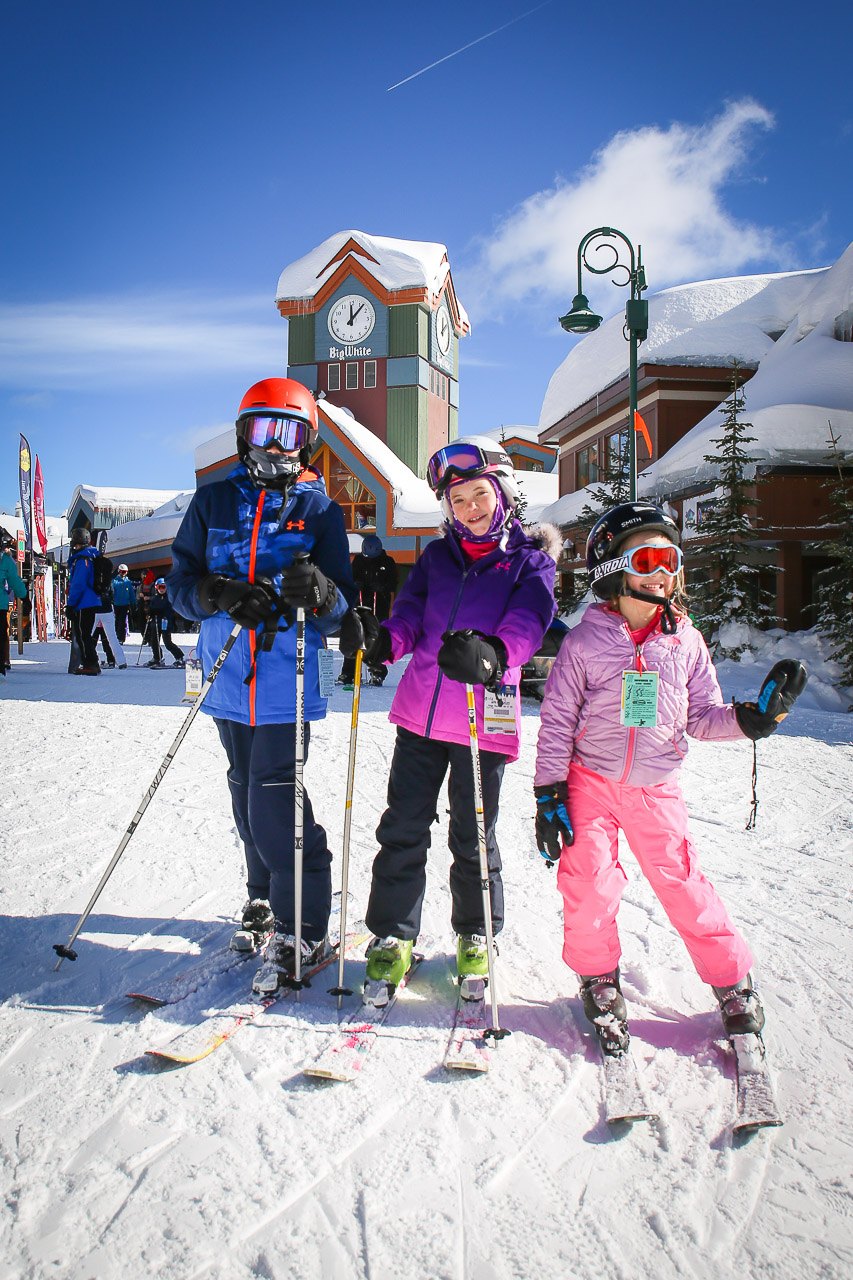 We look forward every year to our annual family ski trip to Big White, this year was no exception! Josh was able to rejoin the party this time (last year he was on a school ski trip, it just wasn’t the same without him of course)! The four of us didn’t arrive together, however, as Ryley was the lead in a school play and had to perform the night we were supposed to leave (even though our trip was booked first…). So Josh and Jenn arrived a day earlier than Ryley and I, and were able to get organized and do the shopping before we arrived. Worked out fairly well in the end, though I prefer to travel as a group! 🙂

The first day was a flurry of activity with the usual crew (Jenn’s family, including Andrew’s quite pregnant gf, Sarah!) arriving, grocery deliveries, a beer run, equipment rentals, lesson sign-ups and all that usual jazz. Once all the errands were done we could officially kick-off Big White 2020 with the traditional ‘first night’ pizza dinner. Wendy and Josh even whipped up a fresh batch of churros for dessert!

We opted for a chilled first full day, as we wanted to get in a full day wearing our Big White toques! There was a ton of snow outside (even as compared to most years we’ve experienced to date) so the kids (and a few adults!) took full advantage of the snowdrifts and snowbanks all around the condo and on the walk down to Happy Valley. Eventually Josh and Ryley couldn’t take it any longer and I took them out on a few runs in the afternoon to quench their burning desire to ski!

Monday we got down to business: we put the little kids in ski school so the big kids can go out and play! Everyone would go out and ski together after lessons were over and lunch was eaten… and so it went for the remainder of the week. We were happy to see my folks for a few days mid-week, unfortunately my sister and her family couldn’t make it as the kids were sick (double bummer!). A few friends were on the hill for a visit too (the Gilberts, Matthews, and Woods), it was great to see everyone! I got a fair amount of skiing in with my dad and visiting with mom for the few days they were up, was good to spend some time with them. 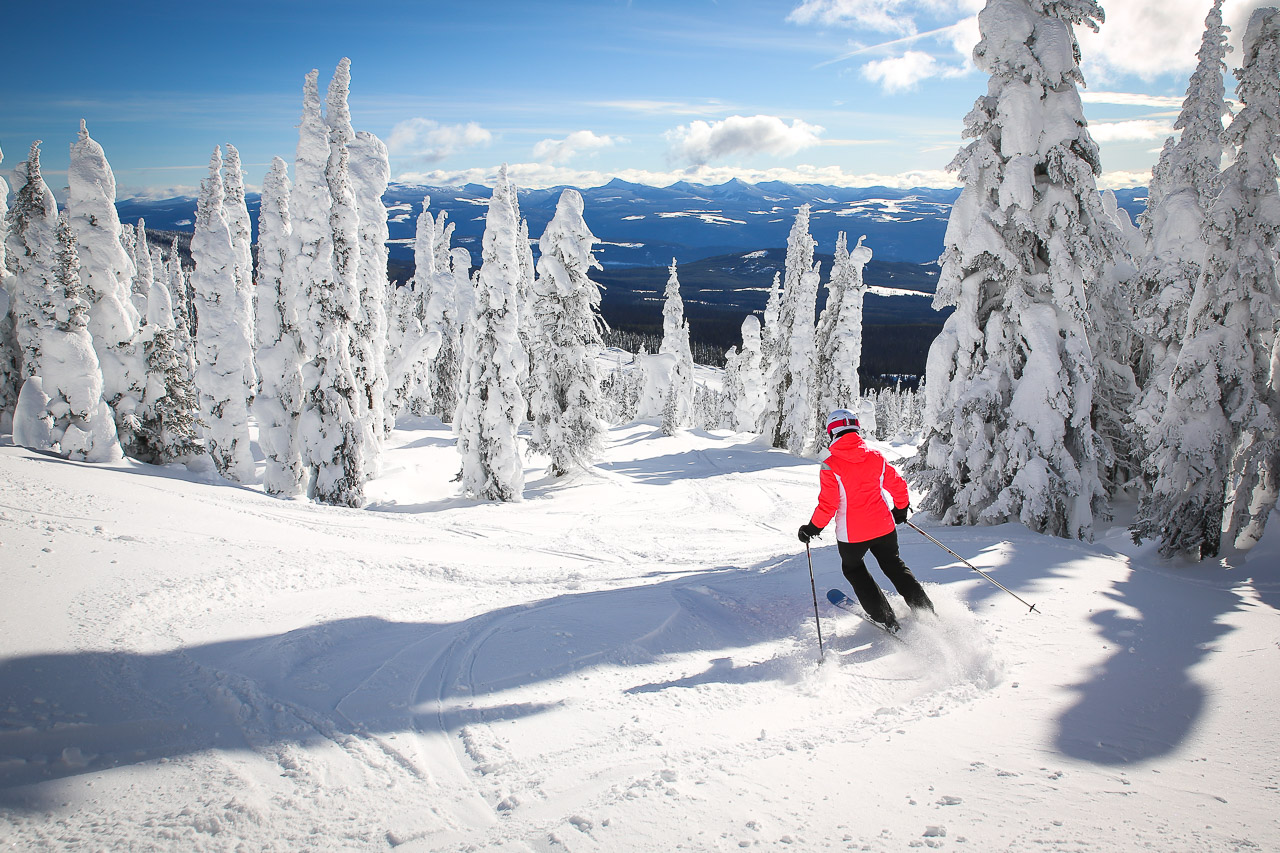 The kids were very keen on skating this year, especially Josh who would have skated (played hockey) every day if we let him! Ryley and Ruby also managed to hit the tubing park one evening (while Josh opted to skate!). We also did a few new things not tried to date: we finally did the ‘Cruz the Blues‘ that we’ve meant to try for so many years (basically skiing nearly every blue run on the hill), it was a team effort but we got all the clues and scored a few commemorative t-shirts! We hit up the ‘snow hosts‘ for a few afternoons to get an insider’s guide around the hill that we thought we were so familiar with, they had some good tips and took us on some fun routes. Jenn was also inspired to do a ‘first tracks‘ lesson of sorts near the end of the week (basically get in a few guided runs before the hill officially opens)… she had such a good time she took Josh and I out for the same thing the day afterwards. There was a big snowfall the day before so it was ‘pretty epic’. 😉

Another successful trip in the books, here’s looking forward to next year!