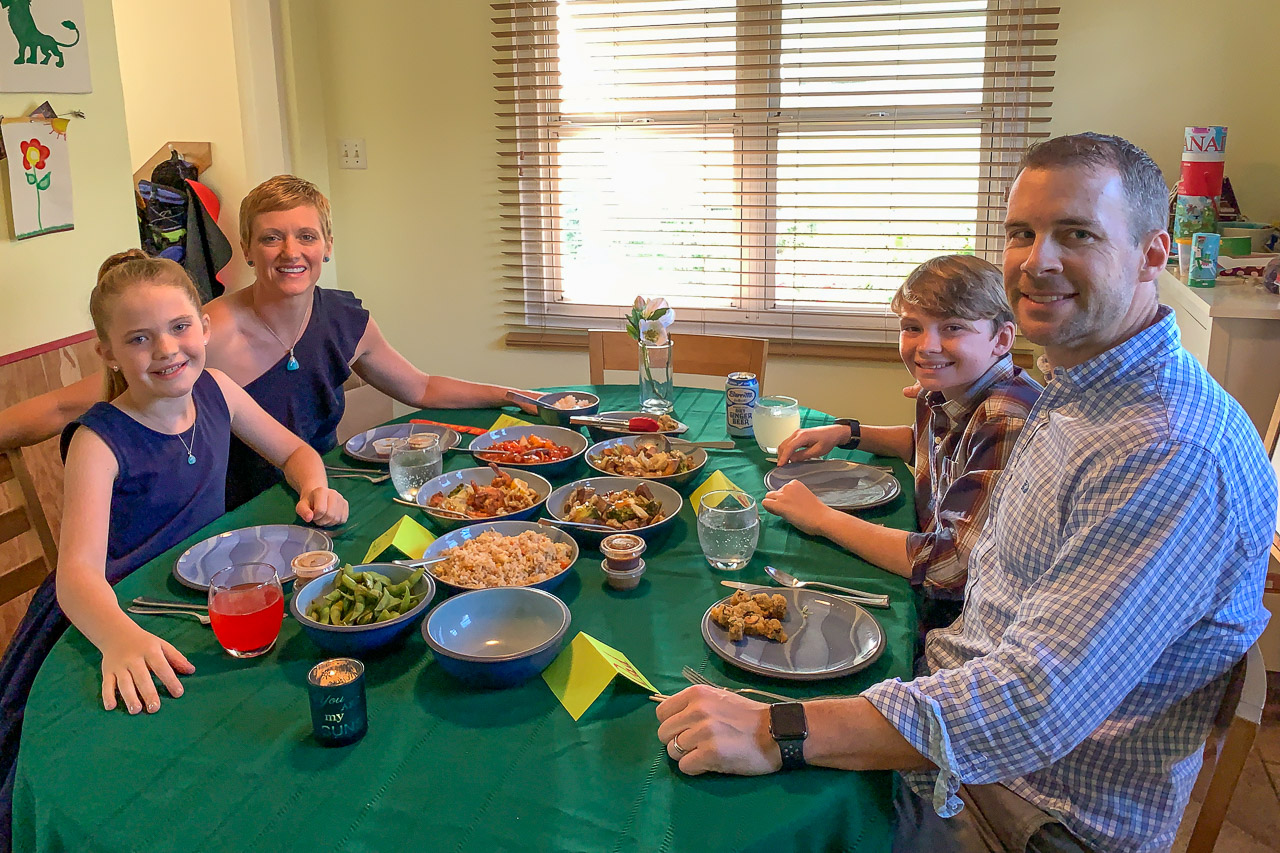 Well, it’s been quite a year, this 2020 – not just for us but for everyone around the world! I don’t usually do a ‘year in review’ kind of post, but in light of the situation with COVID I thought I’d do something here to recap how our year has been so far as it relates to the current pandemic. 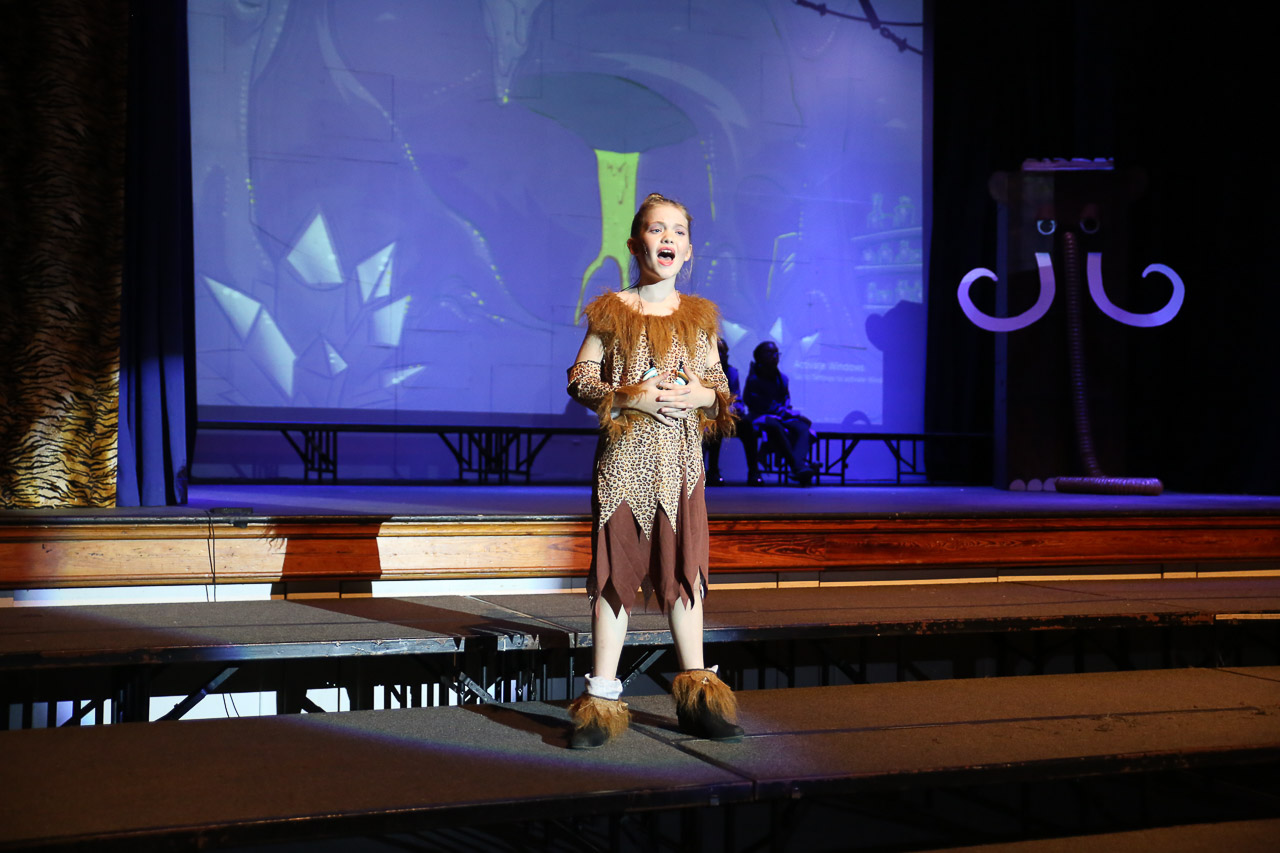 Star of the show ‘Rock Bottom’ at school… couldn’t have been an omen for 2020, right?

Back in January life was normal, slowly coming down in the wake of the Christmas season high. We’d scan the news and catch the odd story about some people getting sick in China, and think little of it. The weeks would go by and the reports became more frequent – seems a few more people outside of China were getting sick now, too – but surely it was nothing to worry about.

I would still head to Montreal at the end of January for a weekend of hockey-watching with the boys. When coming back, it was curious when we were asked if we had traveled to China in the last few weeks. Same thing when we went to Big White a week later – no real indication of the upcoming pandemic while traveling, other than being asked if we had been to China in the last two weeks on airport questionnaires.

While the virus was gaining traction throughout the world, things carried on as normal in our seemingly insulated bubble here in Bermuda throughout the rest of February into March. We continued on seeing our friends and doing our extra-curriculars like mountain bike racing & football (soccer). 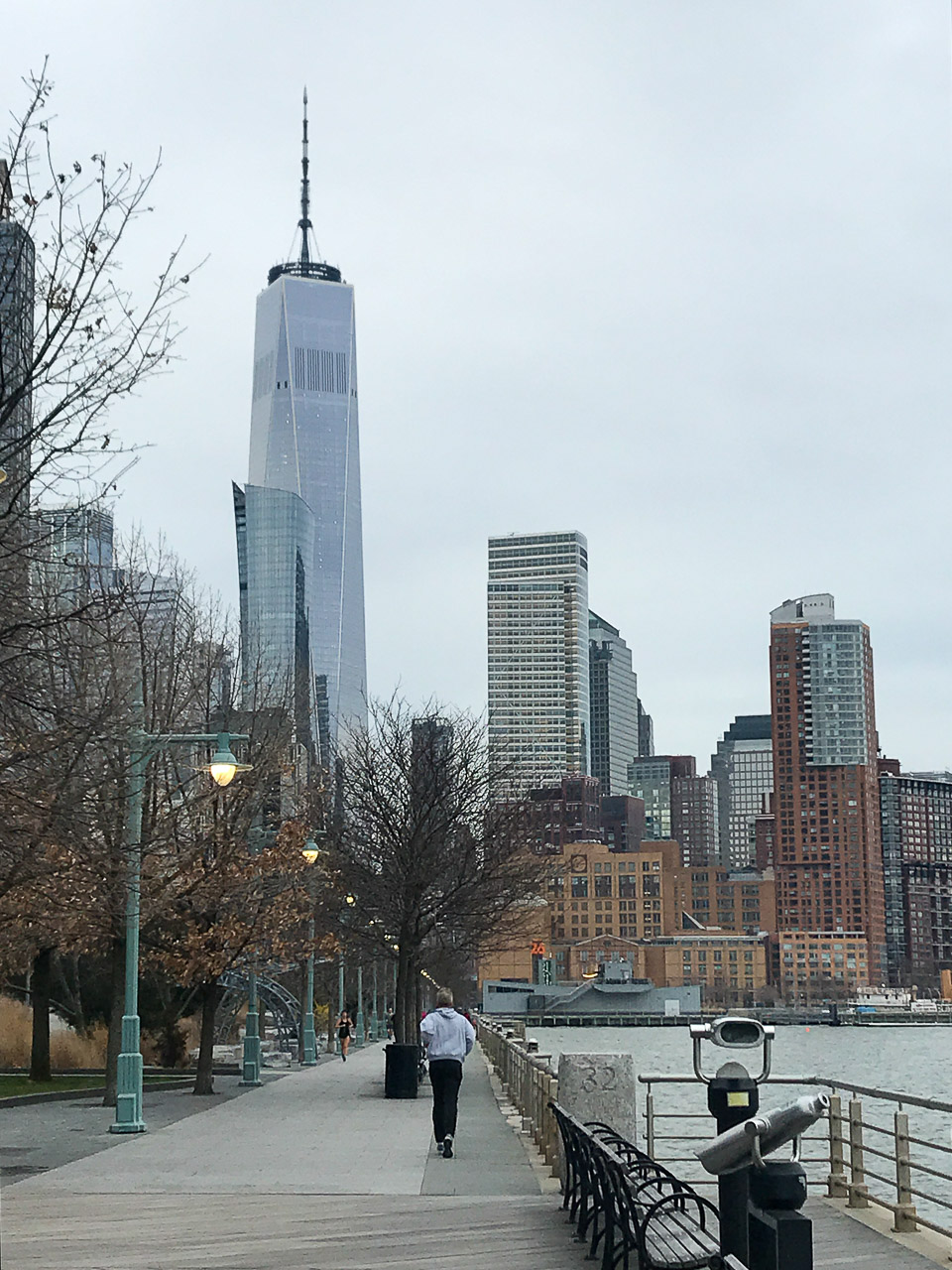 It started getting real for us in early March when Jenn had a few work trips planned to New York and London. We’d seen on the news that this COVID-19 virus was starting to rapidly spread throughout the US and Canada, and it was getting serious enough to be of some concern when traveling to these areas. With Jenn traveling on March 9th, we were paying closer attention now to the news reports and things weren’t looking good. She went anyway as her trip was only one day – she returned on the 10th – but things were unravelling quickly now. Her trip to London a week later was cancelled – flights were still going, but at this stage there was a real possibility of her getting stuck in the UK if she was there for a week as planned. Venturing outside our Bermuda bubble at this stage wasn’t worth the risk.

Turns out that this was just the beginning of the shut downs & cancellations in our little world; the bubble was burst on March 18th as Bermuda’s first two cases were announced. Two days later our airport is closed to non-residents and within a week Government was closing businesses and schools among other shut downs, and curfews were being implemented.

I’ve put together a bit of a personalized timeline from the beginning of the year to show how things have unfolded during this unprecedented time, rather than go on about it here… bullet points are likely more effective! 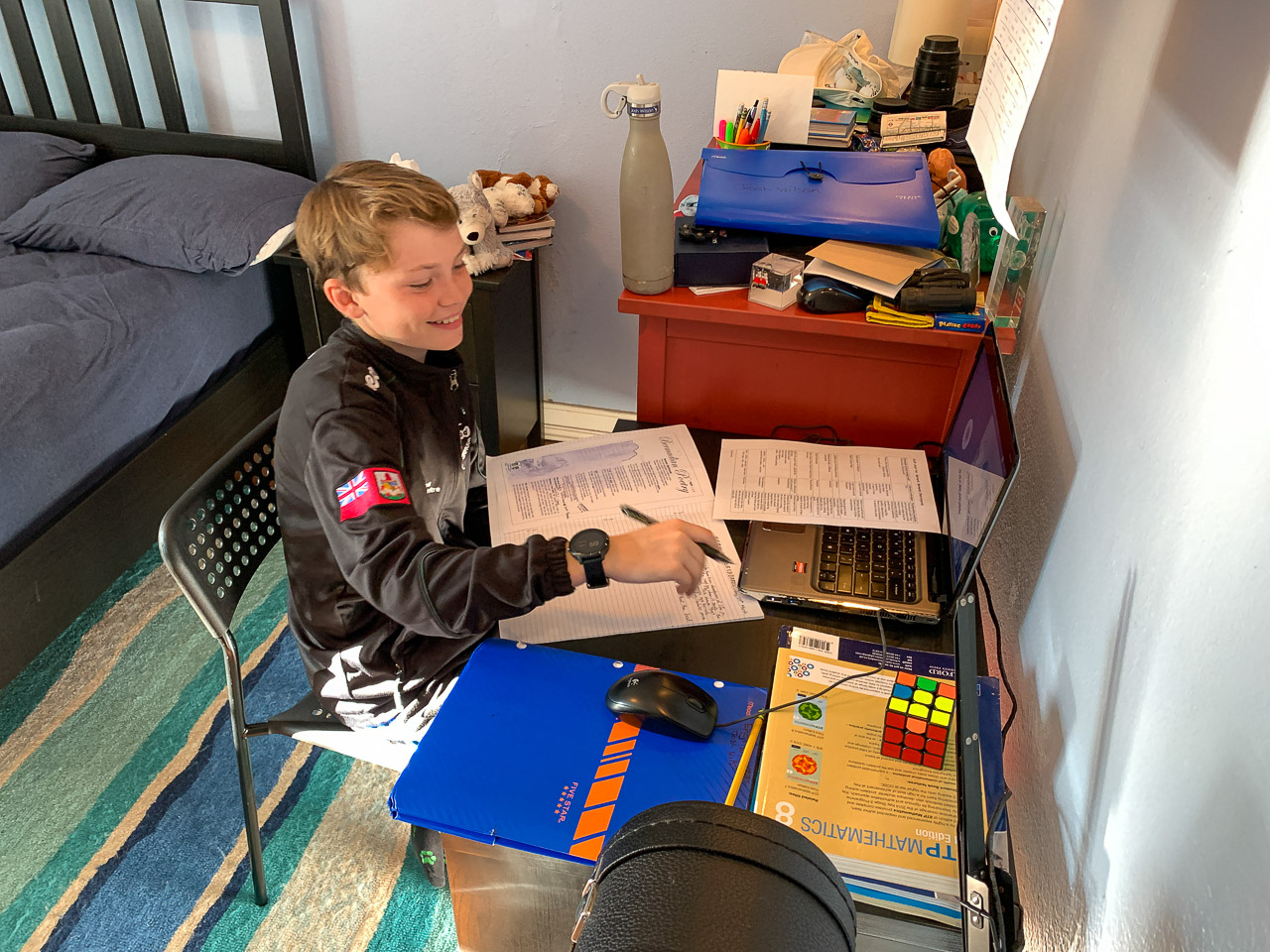 We kept ourselves as busy as we could during the various stages of the pandemic to maintain our sanity! Jenn and I were fortunate to be able to work from home, which kept a bit of a sense of normalcy for us – she used the TV as a monitor and stood in front of it with a makeshift stand up desk. The kids’ school was also able to transition to a remote learning environment so they were able to continue school through to the end of June. There was a pesky two-week term break at the beginning of April, though, so we had to get creative to fill the kids’ time. Among the games, puzzles, and of course iPad time, Jenn found an online ‘Canadian Adventure‘ to provide a little education they otherwise would not get here in Bermuda! Warwick Academy also hosted a virtual scavenger hunt which kept us busy for a week or so, taking on various challenges like juggling, holding yoga poses, rapping, making a house of cards, and – the coup de grace that gave us the win (yes, we won!) – a TikTok challenge!

To encourage some outside time, I built some small bike jumps from scrap wood (and a chair!) I had in the garage; the kids and I made up a fun mountain bike course that enabled us to use the whole yard while also catching some sweet, sweet air! 😉 I also took the opportunity to reorganize the garage, complete with a new tool wall and more storage for bike accessories among other things. (The now-clear garage could now be used for some kids’ crossfit classes, too.) When not confined to our property (or within a half mile, as it was for part of the shelter in place), we’d do some long family bike rides around the island, some as long as over 20km! 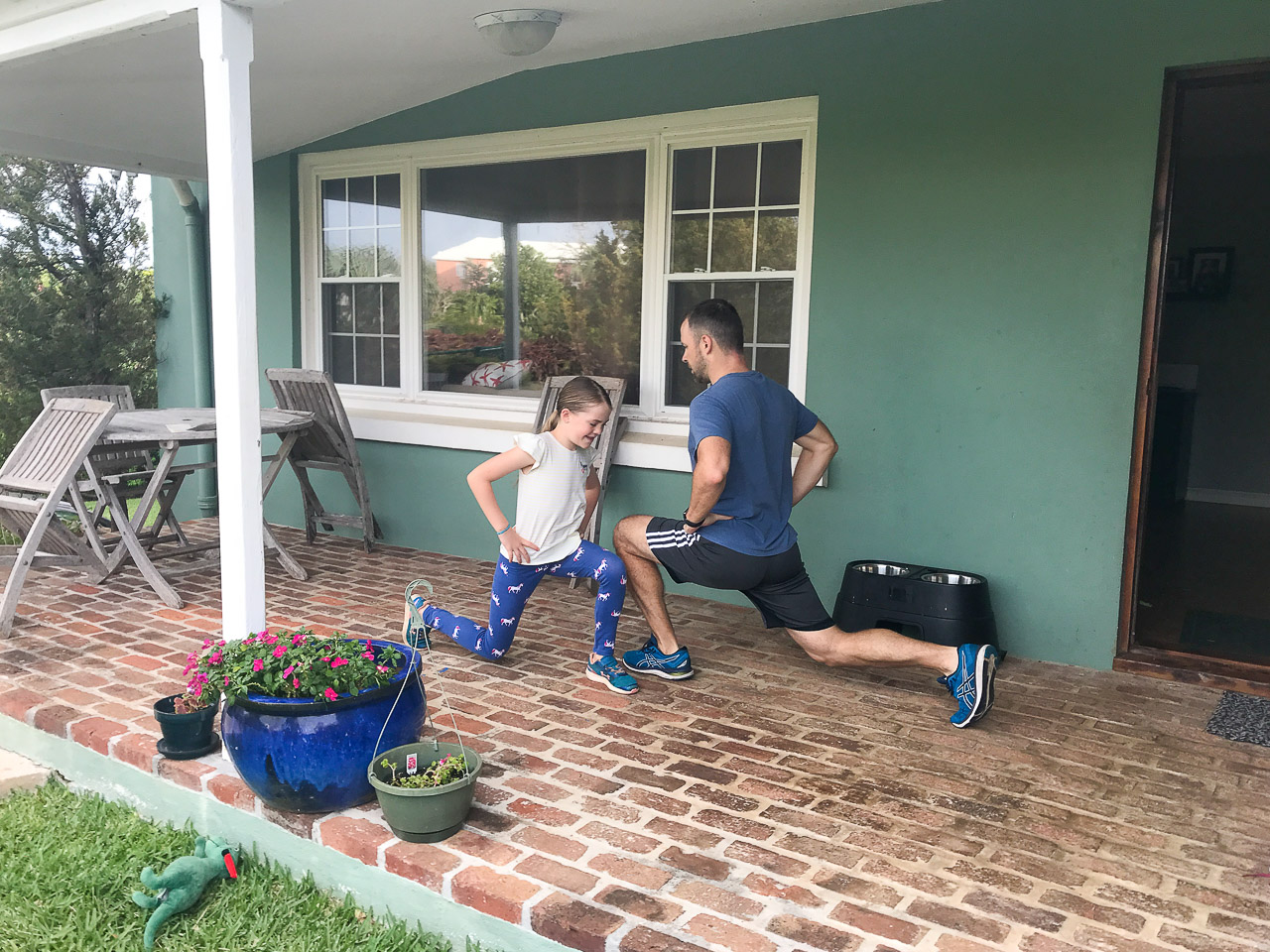 There were also some weekday routines established during our stay at home. The kids and I would typically do a little workout first thing in the morning (Jenn had her own of course!) before starting school work for the day. Ryley had less schoolwork to do than Josh and thus was doing daily calls with Nana and Grandma, which often entailed some games or cooking. Jenn had heard about ‘formal Fridays’ while watching Jimmy Kimmel, she suggested we incorporate this into our weekly routine as well and dress up on Fridays for dinner, which was a good excuse to change from our leisure wear we wore most of the time at home!

Beyond the extra goodies Ryley was cooking for us a few times a week, Jenn (like many others during the pandemic) tried her hand at making sourdough bread, with success! She got a starter (which Ryley named ‘Barbara’) from a friend and made good use of our infrequently-used dutch oven. So good! 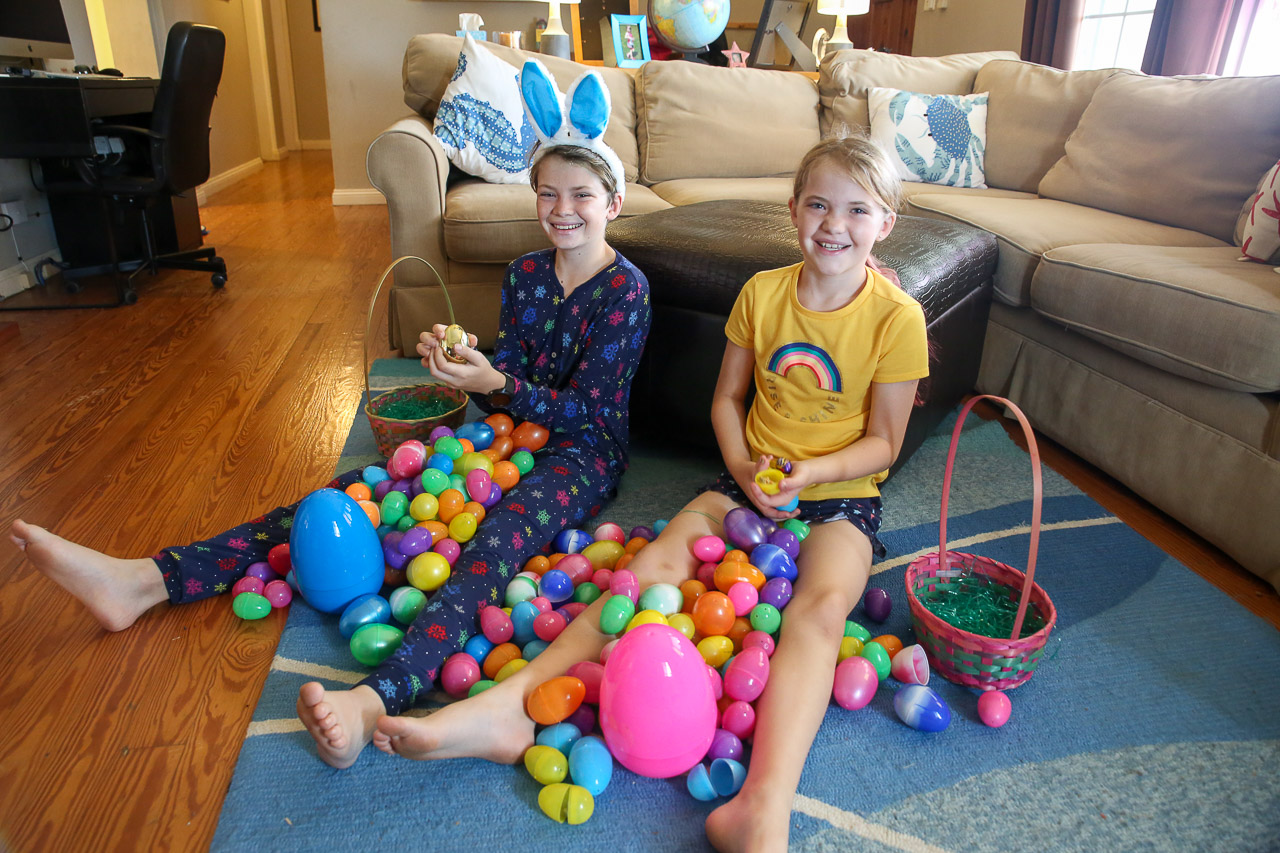 Of course, time doesn’t stop during a pandemic (though it felt like it sometimes), there are still special occasions to celebrate! In March, we celebrated the birth of Jenn’s brother’s & gf Sarah’s baby, Denver! Easter was in April, the Easter bunny came and brought a ton of chocolate eggs for the kids to find throughout the house and outside; Jenn later made some amazing ribs for dinner. In May we made a nice brunch for Jenn on Mother’s day, followed by a bike ride to Dockyard; later that month we participated in a ‘virtual’ Relay for Life and did a little camping in the yard. We were able to move a little more freely by my birthday / father’s day in June, so Jenn arranged from friends (our ‘social bubble’) to come over for some dinner and and outdoor movie! Ryley also ‘graduated’ from primary at the end of the school year, so Warwick Academy held a celebratory drive-through ceremony & photo op at the school. 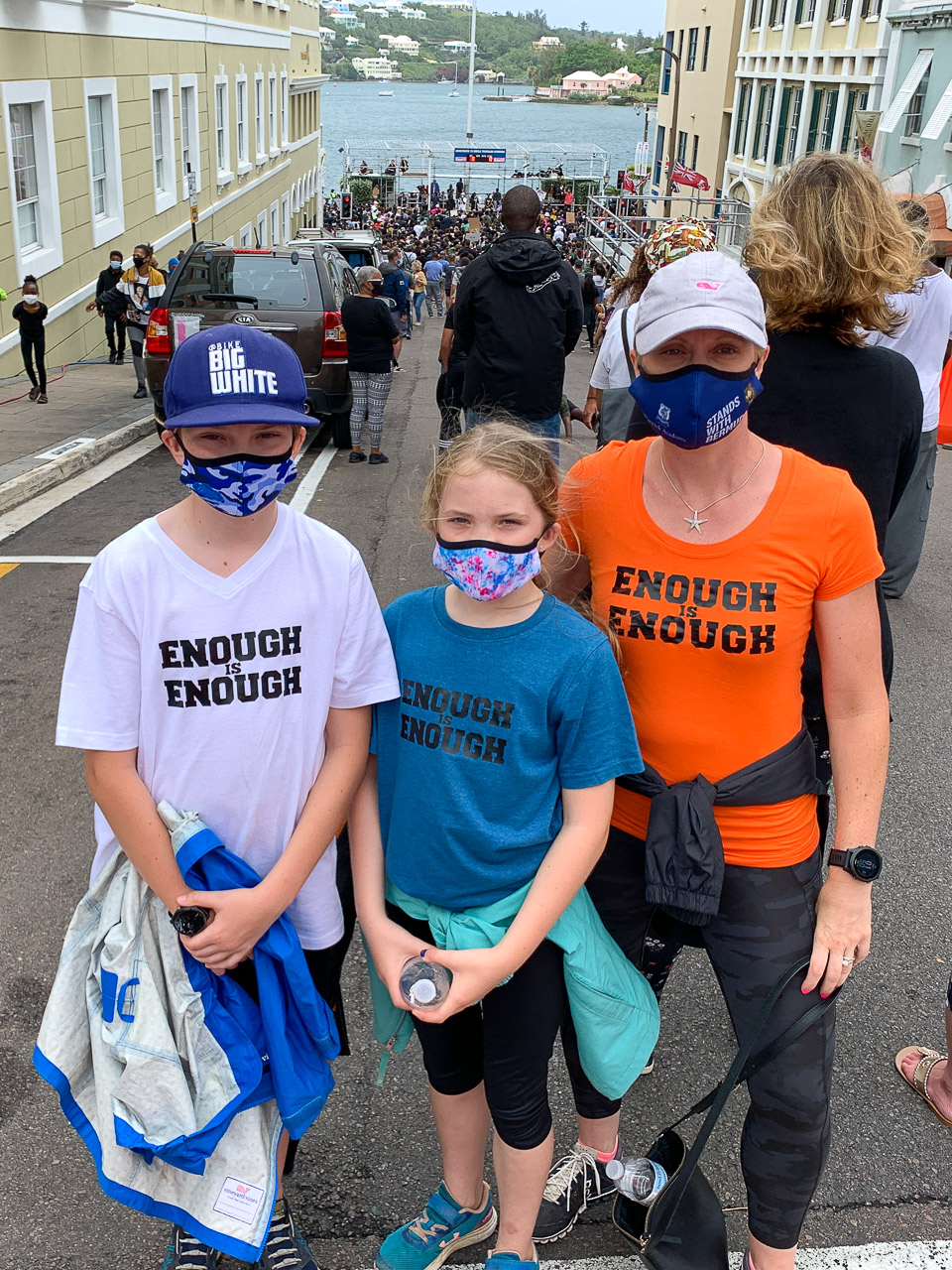 The world continues to turn as well; terrible events in the US spark a huge uprising in the Black Lives Matter movement there but also internationally. Here in Bermuda, the government temporarily lifted a ban on large public gatherings to allow a public march / protest in June to which 7,000 people attended, including us. People were well-behaved and wore masks, it was a sobering event.

Bermuda’s government had a phased plan for reopening the country that started back in May; once summer rolled around, we were into the final phase of the plan and thus we were able to see a lot of our modest social circle. I think we spent more time at the beach hanging out than we had in many years in recent memory, which was fun! We (the kids) did lots of surfing, went on a few awesome boat cruises, and had some amazing BBQ dinners with the gang – good times!

We were also very fortunate to get some holidaying in, too. First a ‘staycation’ at the Tucker’s Point Hotel in early July after they had reopened (in honor of my birthday and father’s day) and then a real vacation to Canada for about 5 weeks! We had to quarantine for 8 days after returning (which was only supposed to be 4 days until two days before we got back!) so the kids missed the first week back to school but were clear to start on the following Monday. 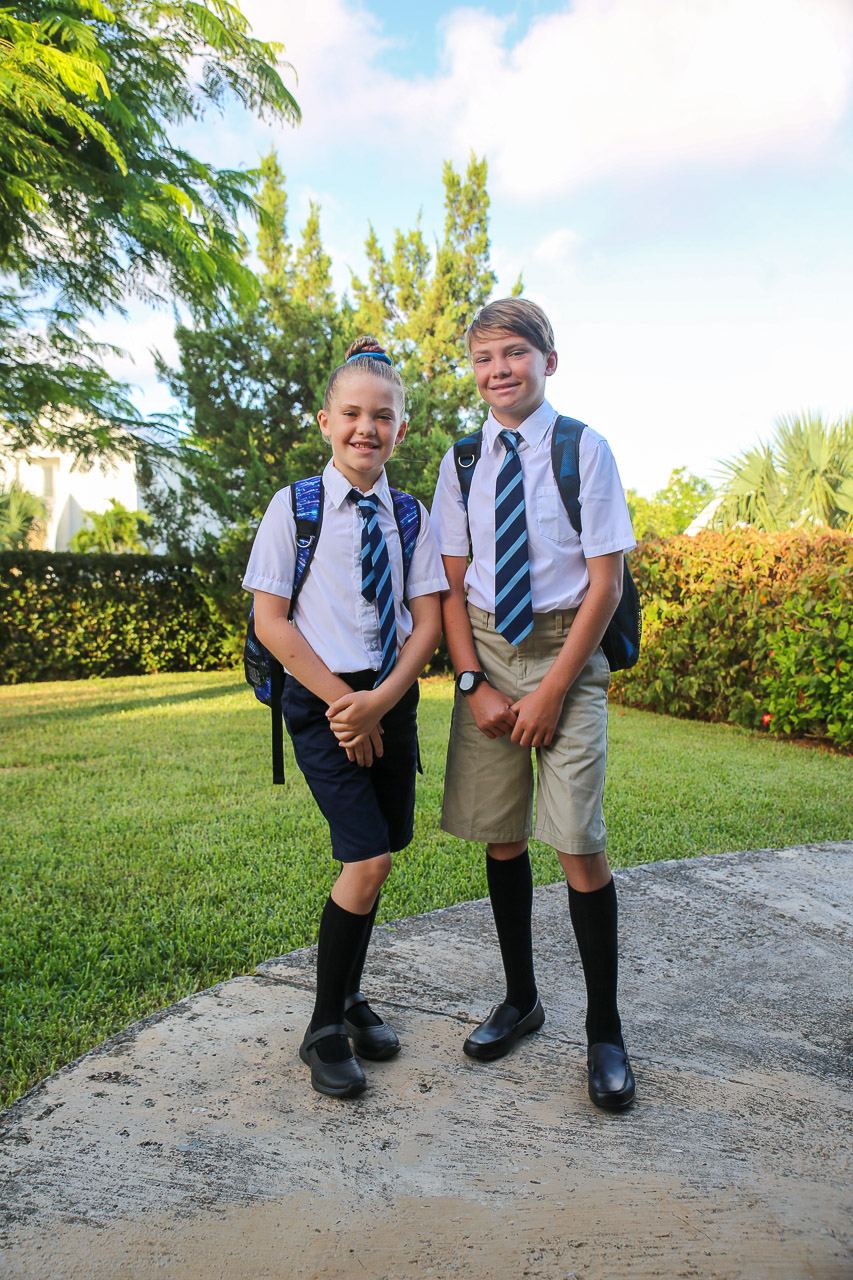 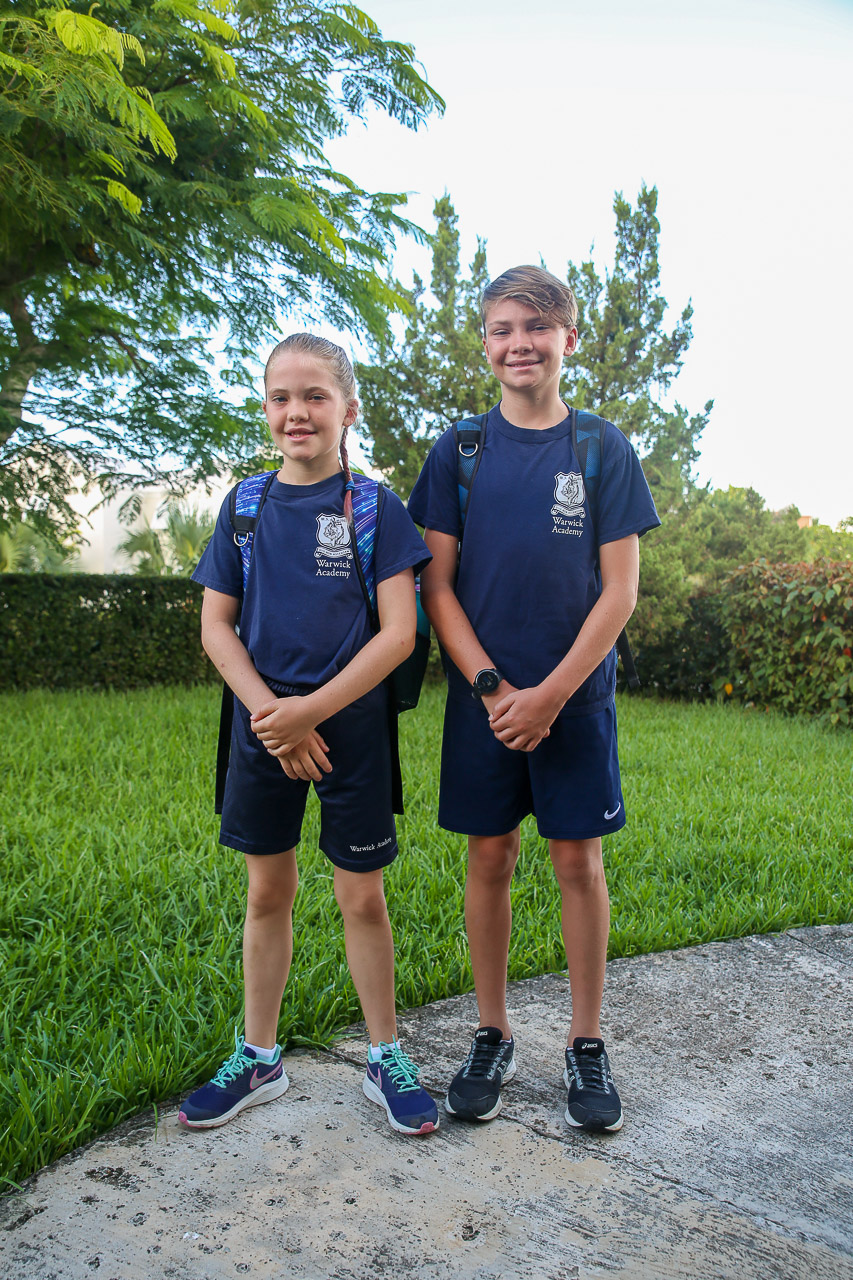 So as we sit now, the kids are back in school, but Jenn and I can’t go back into the office until we clear a 14-day COVID test (office policies) so we’re working from home. School has changed a bit (social distancing, fewer kids per class, have to wear masks all day, etc.) but for the most part things are pretty ‘normal’ around Bermuda. Most everything I can think of is up and running; only caveat is that everyone has to wear a mask in businesses and public areas where you can’t be socially distant – a very small price to pay!

Let’s hope the ‘second wave’ doesn’t come or at least isn’t too bad, and fingers crossed for a vaccine and a return to a fully normal way of life very soon! Enjoy some photos below from our 2020 so far…!