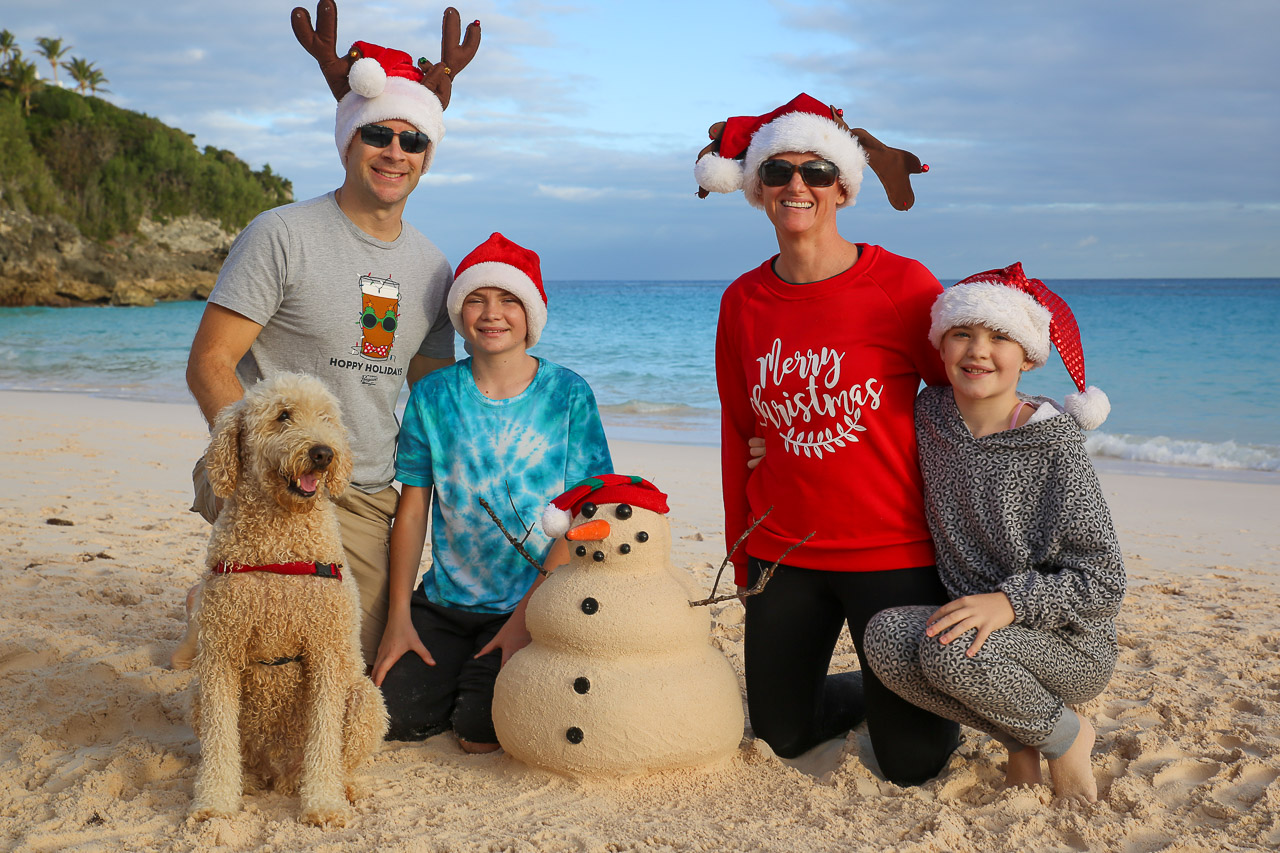 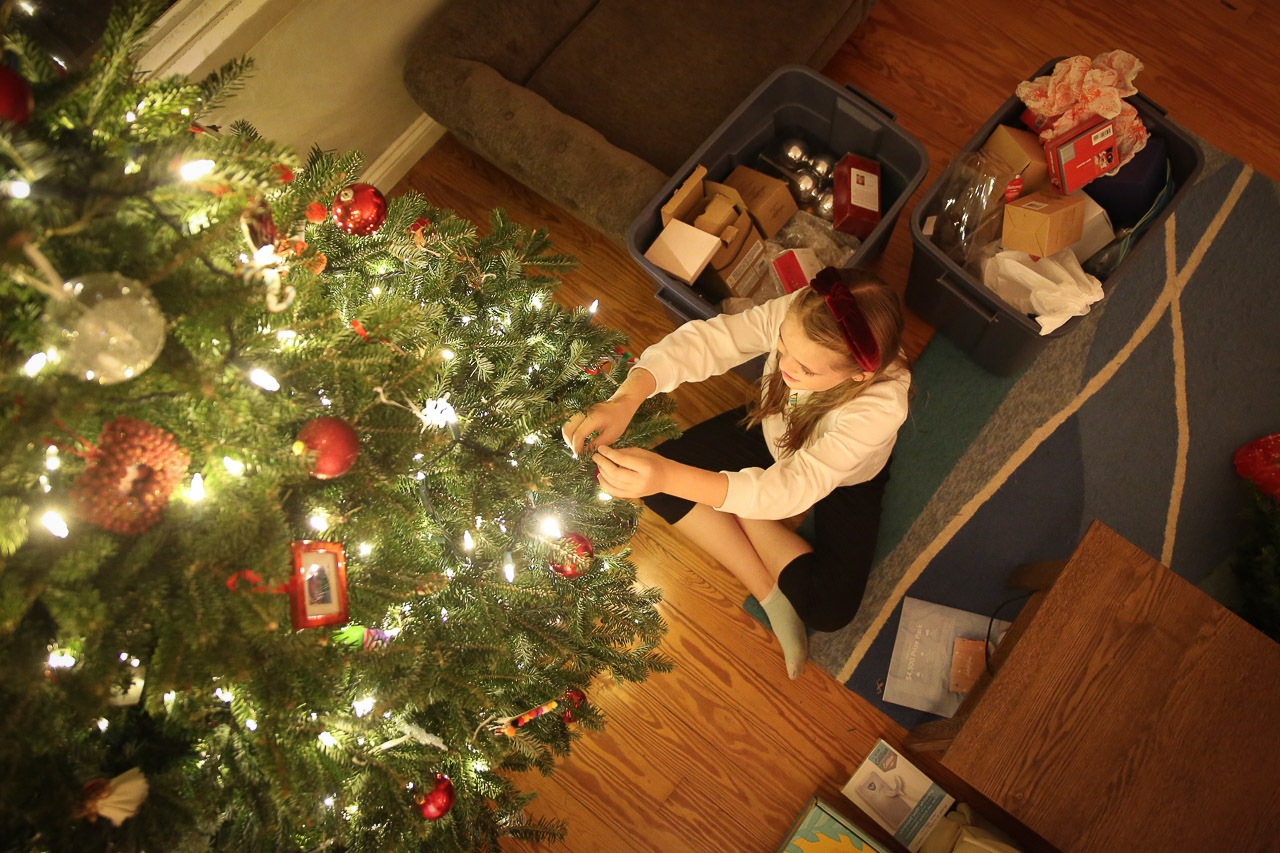 Well, Merry Christmas everyone, and good riddance to 2020! Things have been a little different this holiday season (thanks, COVID!), but we managed to keep ourselves busy and in a festive mood throughout.

We had a bit of a rocky start, however, as we nearly didn’t get a Christmas tree! We had pre-ordered a tree from one of the suppliers that brings them in and were supposed to have it ready to collect as early as the 21st of November. There was a strike at the docks right around this time unfortunately so ultimately the trees we were waiting for basically dried out on the dock. Lots of people were in the same boat so trees became a precious commodity very quickly; finding a tree was proving difficult. In the end, it was actually our Elf on the Shelf who saved the day: when we woke up on the first Sunday in December, we were pleasantly surprised to find a tree sitting in our living room! Seems Eddie became impatient with us as we hadn’t decorated the house yet (we didn’t have a tree, you see); I guess he was tired of hanging out all day in a non-festive environment. We decorated it plus the rest of the house that night to officially kick off the holiday season in the Wilson house!

The kids were happy to have an extra-long break from school, Warwick Academy let them out on December 16th and they don’t go back until the 11th of January (they do lose their week-long break in February instead, however…)! Lucky for us there were still camps running for them to keep them busy during the week. They do a fair amount of cooking in these camps at their age, so there was never a shortage of holiday baking to munch on at home. 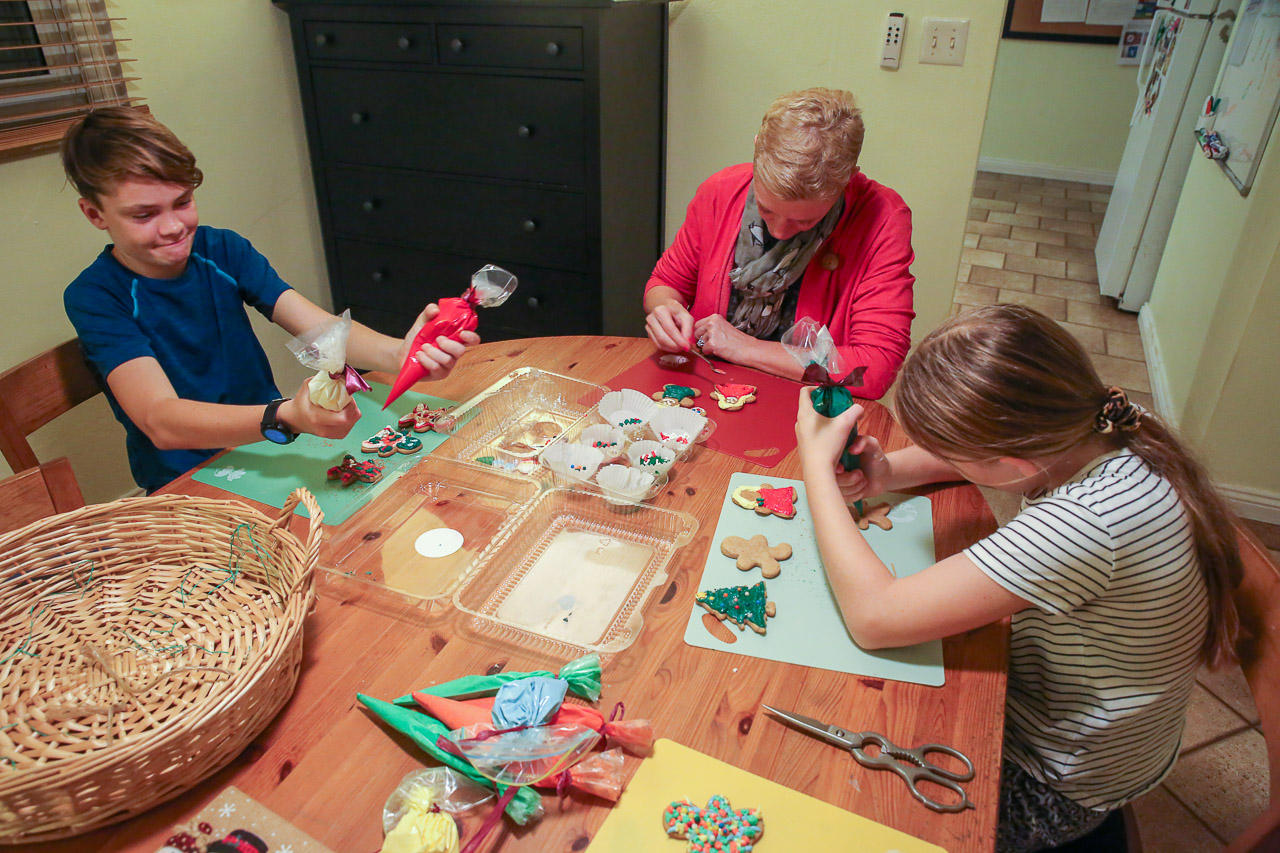 Usually Jenn travels in December to do a triathlon and some shopping (or two trips to do one then the other), but of course with COVID running rampant in the US and the quarantine requirements upon returning to the island, flying off-island just wasn’t feasible this year. Most of our shopping was just done online (with some local gifts bought, too), it seemed we were picking up packages every other day for a month! Needless to say, we all did pretty well this year in the gift department.

Given the uptick in COVID cases in early December and subsequent restrictions imposed by the government (only small gatherings of 10, 11pm curfew, businesses / restaurants to close by 10pm), there were very few social gatherings as in past years. Jenn’s office cancelled their usual Christmas parties (she was able to have a festive lunch with her small office finance group), my office is fortunately small so we were still able to have a staff-only dinner at a restaurant. Christmas dinners with friends were off as well, though the usual gang was resourceful and managed to make the big dinner to share – everyone made a dish or two as if we were getting together, then the girls met up and exchanged portions so everyone had a good helping of everything! It worked out well, it was definitely just as good (if not better) than our usual turkey dinner prepared for us by a hotel and brought home! 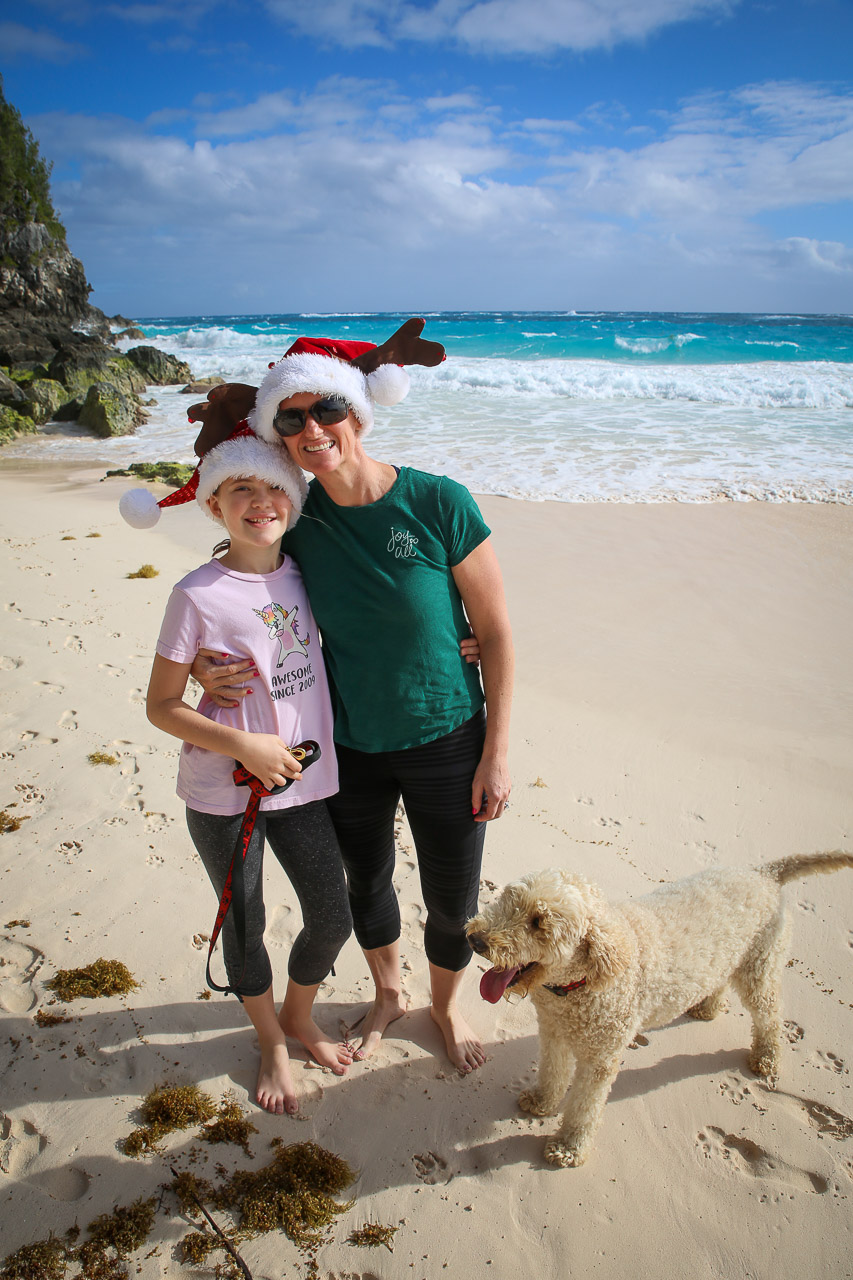 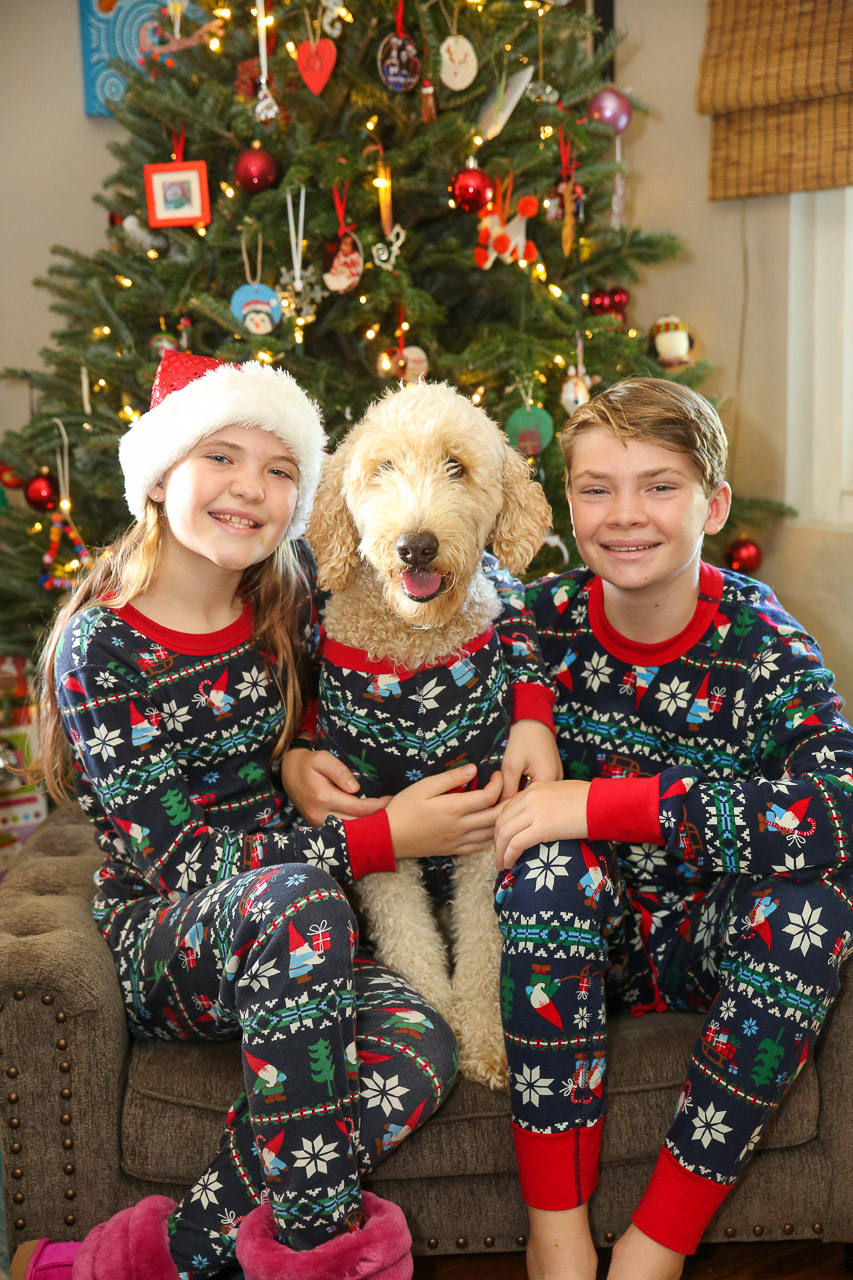 As Jenn was cooking on Christmas day we didn’t spend much time at the beach, but we did get down to Tucker’s Point with Cooper for a quick walk in the sand, just to say we did. We didn’t make the usual snowman this year… at least not yet. 😉

Jenn and I both had the week off between Christmas and new years, we used the time to do lots of stuff! Jenn did her usual ‘festive 500‘ in the mornings on her bike, we also got her out on the mountain bike for a few family bike rides. The Bermuda Zoological Society put on a scavenger hunt that took us all over the island over the course of nearly a full day (it was really great, we saw some places we hadn’t been to before); this was actually our 2nd hunt of the season as we did one earlier in November up in Dockyard that was organized by Locked on the Rock! We filled in the gaps between activities checking out holiday displays at the Princess Hotel and out in St. George’s at Somer’s Garden, playing family games, doing crafts (me too – I made a rack to hang our masks, a wooden Christmas tree, and some couch arm tables – all out of discarded wood samples from work), making Christmas Lego, and Zooming with family. And yes, we did make it back to the beach at Tucker’s to create our annual sand snowman!

We had one more beach outing on Dec. 31st in the afternoon, we met the gang at Horseshoe for a little socially-distant bubbly before retreating to our respective homes to gladly count in the new year (or… to just fall asleep before midnight!). 🙂

Here’s to 2021, hope everyone had a safe and happy holiday season this year.